There is still everything to play for in Group H at the World Cup. Senegal has four points going into their group-stage finale against Colombia, who are on three points. With Japan playing a pointless Poland in their finale, neither Senegal or Colombia can sit back and take a draw. That means both teams have to come out on the front foot on Thursday, June 28th. 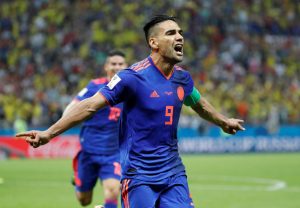 What To Know About Senegal

Senegal let a glorious chance pass them by as they lost a one-goal lead on two occasions in a 2-2 draw with Japan. Sadio Mane opened the scoring in the 11th minute, while Moussa Wague gave Senagal another lead in the 71st minute. However, Senegal’s defense let them down a number of times and you could argue that Japan could have won the game. There is no question that Senegal can be a force going forward. Mane got a bit of luck for his goal, but he put pressure on the Japanese defense. However, goalkeeper Khadim N’Diaye has not inspired confidence between the sticks. Senegal’s defenders have been better going forward than actually defending. This is going to come back to bite them if Senegal plays this way against Colombia. But they almost have to at this point.

What To Know About Colombia

Colombia were firing on all cylinders in a 3-0 rout of Poland in their last match. Yerry Mina scored in the 40th minute, while Radamel Falcao and Juan Cuadrado netted within five minutes of each other to put the match out of reach. The attacking group of Falcao, Cuadrado, James Rodriguez and Juan Quintero were phenomenal, pulling Poland’s defenders all over the place. This looked like a completely different team than the one that lost 2-1 to Japan in their opener. Having Rodriguez in the lineup from the start might have been the spark as he created space for Quintero to shine. Up front, Falcao looked much better than his more-heralded Polish counterpart, Robert Lewandowski. Watch out for this Colombian team when they are flying like this.

Colombia are the favorites for this matchup at 1.90, while Senegal comes in at 4.40 and a draw is rated at 3.60. These two have met in a pair of friendly matches as Colombia won 2-0 at home in 2011, followed by a 2-2 draw at a neutral site in 2014. This has the potential to be one of the best group-stage matches of the tournament as both need a win to make sure they get to the knockout stage. Both are also very good going forward. The difference might be in the midfield, where Senegal’s players have to be disciplined and offer some support for their defense. Colombia’s attacking players are deeper than Senegal’s, and their midfield looked much better against Poland. This game should be taken by Colombia, although both teams are going to find the back of the net. It is just a matter of getting stops when they need to, and Colombia are better equipped to do that than Senegal.