Group H at the World Cup wraps up on Thursday, June 28th. Japan can claim first place in the group with a victory, while Poland are only playing for pride now. 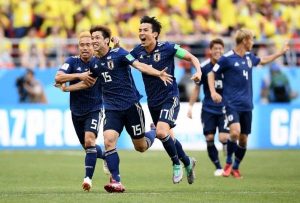 What To Know About Japan

Japan showed a lot of heart and resilience in a 2-2 draw with Senegal, twice coming back from a one-goal deficit. Takashi Inui scored in the 34th minute, while Keisuke Honda came off the bench to equalize for Japan in the 78th minute. That gave Japan four points after a 2-1 win over Colombia in their opener, and now they can win their group, which would be a huge boost for this group. Japan did not sit back and allow Senegal to take the game to them. They stood toe-to-toe with Senegal and all three of their substitutes were used on attacking players. However, Japan still has some work to do at the back, starting between the sticks. Goalkeeper Eiji Kawashima has now allowed two very poor goals, one in each game, and the margin of error is far too small for Japan to make those mistakes. Still, Japan has a chance to get back to the round of 16.

What To Know About Poland

Poland fell 3-0 to Colombia to crash out of the World Cup. The worst part of that Poland never really looked like threatening Colombia and after their opponents scored a second goal, they looked like they gave up. Robert Lewandowski has not inspired his teammates, and it got worse after the game. Lewandowski basically said that his teammates, while they were fighting, were not good enough and that he was alone. That does not sound like something a captain would say. It is going to be interesting to see how fired up Poland is when they take the pitch on Thursday. However, he really was not wrong. Their best chance was a long ball over the top to Lewandowski, and you need to be able to play on the group to challenge in a tournament at this level. Poland just cannot do that.

Japan enters this match as the favorites at 2.50, while Poland are valued at 3.20, which is the same as a draw. Japan has won both of their friendly matches with Poland, routing them 5-0 at a neutral site in 1996, then 2-0 in Poland in 2002. This is all about pride for Poland, but Lewandowski’s comments can go one way or the other. Japan are focused and have a job to do, and they are playing as a team right now. There was a worry about their team spirit after Vahid Halilhodzic was replaced by Akira Nishino prior to the World Cup. However, Japan has played very hard as a unit in both games so far and it would be a surprise to see that change in this game. Look for Japan to wrap up the three points and take the top spot in the group. Meanwhile, Poland has a lot of soul searching before the European Championships in 2020.