Top spot in Group G at the World Cup is up for grabs on Thursday, June 28th. England and Belgium are both on six points, with an equal goal differential of +6. It could come down to fair-play points if the two end up drawing in this group-stage finale. 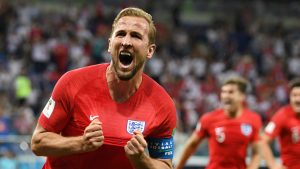 What To Know About England

England got their second win of the tournament in a 6-1 drubbing of Panama. Harry Kane netted a hat trick, including two goals from the penalty spot. John Stones added a pair and Jesse Lingard also found the back of the net for England. After a tough 2-1 win over Tunisia in their opener, it was imperative that England come out firing against Panama and the game was basically over by the 36th minute, when Lingard hit a screamer. However, it was not a perfect performance from England, who did allow a goal to Panama in the 78th minute. You cannot take your foot off the gas at the World Cup, no matter what, and England are not good enough to do that. That goal could be the difference between first and second place in the group. Manager Gareth Southgate has said that he could rotate some players for this match to protect them from injury or suspensions due to cards. However, that remains to be seen.

What To Know About Belgium

Eden Hazard (once from the spot) and Romelu Lukaku both scored a pair of goals in a 5-2 win for Belgium over Tunisia. Michy Batshuayi wrapped up the scoring for Belgium, who opened up the tournament with a 3-0 win over Panama. Lukaku now has four goals at the World Cup, which ties him with Portugal’s Cristiano Ronaldo, one goal behind Kane for the lead. However, he suffered an ankle knock and manager Roberto Martinez might hold out his key striker for this game. In fact, Hazard might also sit out for Belgium, who are extremely talented in their starting lineup. However, even though Mousa Dembele and Adnan Januzaj could make an appearance, they would not be as good as Hazard or Dries Mertens. It will be interesting to see how Martinez plays this.

Belgium are slight favorites at 2.80 for this contest, while England are rated at 2.90 and a draw comes in at 3.10. England has won 15 and drawn four of their 20 meetings with Belgium, whose lone win came in a 3-2 victory in a 1936 friendly. Most of Belgium’s top players, like Hazard, Lukaku and Kevin De Bruyne, play in England and know how to play their style. However, England’s depth might be a little better than Belgium. Also, England probably needs to win this group more than Belgium, but this game will come down to the managers. It all depends on who they decide to give playing time to. If it was starters against starters, the edge would largely go to Belgium. But if the top players sit, England has a better chance of winning or drawing. Keep an eye on the cards here, as well. England has two yellow cards to three for Belgium, which would put them in position to top the group if they draw this game.