As far as the odds go, Group H looks to be the tightest from top to bottom at the World Cup. Colombia should come out on top, followed closely by Poland. Senegal should eke out Japan for the third spot in the group. 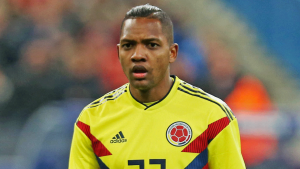 Colombia were the darlings of the World Cup in Brazil in 2014, making it to the quarterfinals. James Rodriguez scored six goals to win the Golden Boot, and secured a move to Real Madrid. However, he did not flourish until he was loaned to Bayern Munich and played much better at the end of the season. Juan Cuadrado is a solid midfielder, while Radamel Falcao will be hungry after missing the 2014 tournament because of injury. Colombia’s hopes could rest on their young defenders, Davinson Sanchez and Yerry Mina. Sanchez is 21 years old, and Mina is 23, and they will be under pressure to hold down the fort at the back. If they can do that, Colombia has another chance to shine on the big stage.

Poland are powered by one of the best strikers in the world in Robert Lewandowski. He has made a few comments during the season that has raised eyebrows, but Lewandowski always comes to play. The biggest worry is that his teammates will not. Players like midfielder Grzegorz Krychowiak and Kamil Grosicki struggled for their clubs. Goalkeeper Wojciech Szcznesny did not play very much behind Gianluigi Buffon at Juventus. They have to find their form in a hurry, because Lewandowski needs some help. If they do not step up, Poland could be out of the World Cup early. They should have just enough to get through.

Senegal have not been to the World Cup since 2002, and that was their first time in the tournament. Sadio Mane is coming off a fantastic season at Liverpool, but his teammates with Senegal are not Roberto Firmino and Mohamed Salah. Cheikhou Kouyate marshals a decent midfield, but there are all sorts of questions at the back. Senegal can sneak past Poland for the second spot if Mane has an incredible group stage, but that is a lot of pressure on him. They will fall just short of making it through to the round of 16.

Japan’s biggest problem is not a player, or players, but their manager. Vahid Halilhodzic was fired in April and replaced with Akira Nishino. That did not sit well with many people, and Japan will lean on their older players to lead the group. Midfielder Makoto Hasebe captains an experienced group, while Shinji Kagawa and Keisuke Honda can still be effective. They can be very entertaining going forward, but that leaves Japan exposed at the back and that will be their downfall. Defenders Maya Yoshida and Yuto Nagatomo will have to rally the troops to have a chance in Russia, but it will not be enough.