Another member of President Donald Trump’s cabinet is out of the circle as Sebastian Gorka left his job as a deputy assistant to the President. We had the betting odds up on this last week (+250), and he was second in line to leave behind Gary Cohn, who was favored. 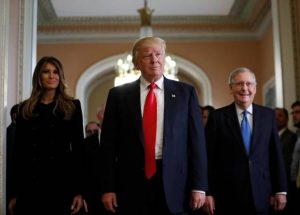 Gorka was planning to leave in April, reportedly, but he was convinced by the President and former Chief Strategist Steve Bannon, who left in August. But while he says he resigned, the White House just confirmed that he no longer worked for the President, so no one really knows what happened there for sure. There was a resignation letter that was leaked to the media and Gorka also said that there were members in the administration right now that are going against Trump’s agenda of “Make America Great Again”. So of course, there will probably be more movement in the cabinet.

So who is next to leave now that Gorka is gone?

Gary Cohn is still around as Trump’s chief economic advisor, but for how long? Trump made a speech about the tax code this week and he thanked everyone but Cohn, which is adding fuel to the fire that he won’t be lasting very long. Trump even added, “Anybody I forgot?” at the end of his list, and you would have to believe that this was intentional, even though the White House said that it wasn’t a snub to Cohn. However, with everything that has happened since January with this administration, you have to at least look at it as a snub. Things have been brewing between Trump and Cohn since Charlottesville, when Cohn, who is Jewish, almost resigned because Trump said there were “very fine people” that marched with neo-Nazis.

Rex Tillerson is still in the running as the Secretary Of State, and he has tried to distance himself from Trump’s comments about Charlottesville. As well, Tillerson is taking steps towards accepting funding for battling propaganda from Islamic extremist organizations and governments such as, you guessed it, Russia. There are reports that Trump doesn’t trust Tillerson like he used, and everything was fine until the last week. So that’s something to keep an eye on.

Stephen Miller seems to be sitting pretty as he wrote Trump’s tax speech, and there were reports that he could even be in the running for a bigger role on the communications staff. No one knows what that role will be, or even if it exists yet, which could happen as Trump has made new roles for people in the past. It doesn’t look like he is going anywhere

KellyAnne Conway popped up on the news this week for not talking about climate change in the wake of Hurricane Harvey. She also tried to defend the relationship between Trump and Russia on Fox News and Melania Trump’s shoes. At this point, it doesn’t seem like anyone takes her seriously anymore, so Conway is harmless and will probably end up staying on for the long run. But you never know what is going to happen in the spectacle that is the Trump administration.

Keep in mind that these odds are subject to change or be pulled due to different breaking news. To see the full list of Trump Presidency betting odds, visit Play Shangrila!