Major Millions form Microgaming is one of the oldest slots with progressive jackpots. It gives away jackpots worth millions of euros since 2002! 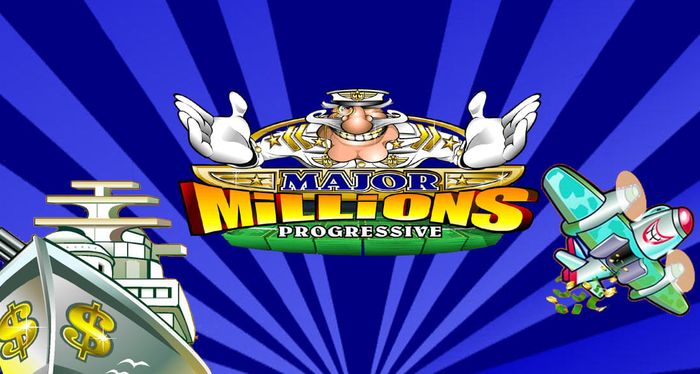 In fact, Major Millions slot has two reels that give out the jackpot – Major Million 3 Reels and Major Millions 5 Reels. Whichever game you may choose, there is a chance of getting the global jackpot. You may make your first bet at our online casino ShangriLaLive at any time, spending no more than €3. It is not a big price for a million, is it?

In this article we gathered every information about the Major Millions’ jackpots that we could find. It was not particularly easy task. Microgaming does not necessarily publicize any statistic. Moreover, due to the fact that the Major Millions has been giving out its jackpots for more than 15 years we manged to gather only a part of the information that had some public notice. The exact number of winners is still unknown, yet, surely, we know that there are more than 80 of them.

The unique feature of the slot is that sometimes the jackpots hit with the interval of 1-6 days. There even was a time when a single player won two jackpots in several hours.

Lower you may find every known jackpot starting from 2002. The data will be updated with every new jackpot occurring. The biggest Major Millions’ jackpot will be highlighted with the bold font.

Unfortunately, more and more people tend to not disclose their identity and the history of their win. However, all the players that wished to disclose their information are noted in our article.

As some of the players decide to remain anonymous, we are covering only the ones that have decided to share their victories.

This jackpot was won in just a month’s time after the previous one. A million of Canadian dollars went to a lucky player from the country where money is sticky, with maple syrup. It is only known that the winner was playing from a mobile device.

This is the second biggest prize jackpot of Major Millions. It is only 50 000 less than the sum given out in May, 2017.

14 May, 2017, a woman from Netherlands has swept the biggest jackpot of the slot, beating the previous record of 2012 year. The lady wished to remain anonymous. It is only known that she was playing at the casino for only several days. Once she tried the 5-reel version of the slot, betting only €3, she won € 1 945 884. 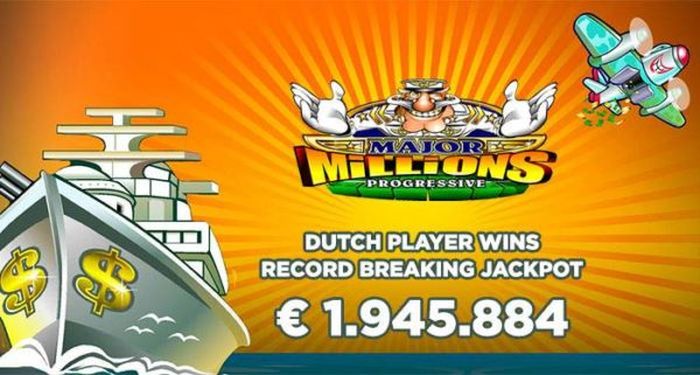 26 October, 2016, Mandy Bowmen from Backie, Britain, won £ 1 185 253. She was sitting at home on her beloved farm and was playing on a 5-reel slot on a phone. 45-year-old Mandy is an irregular player. She decided to try out the slot machine, having won £ 400 in online bingo. She bet her last three pounds without any hope for the win and, miraculously, won! The whole sum was paid to her bank account. Mandy plans to spend the sum on her horses, building a horseback riding school. 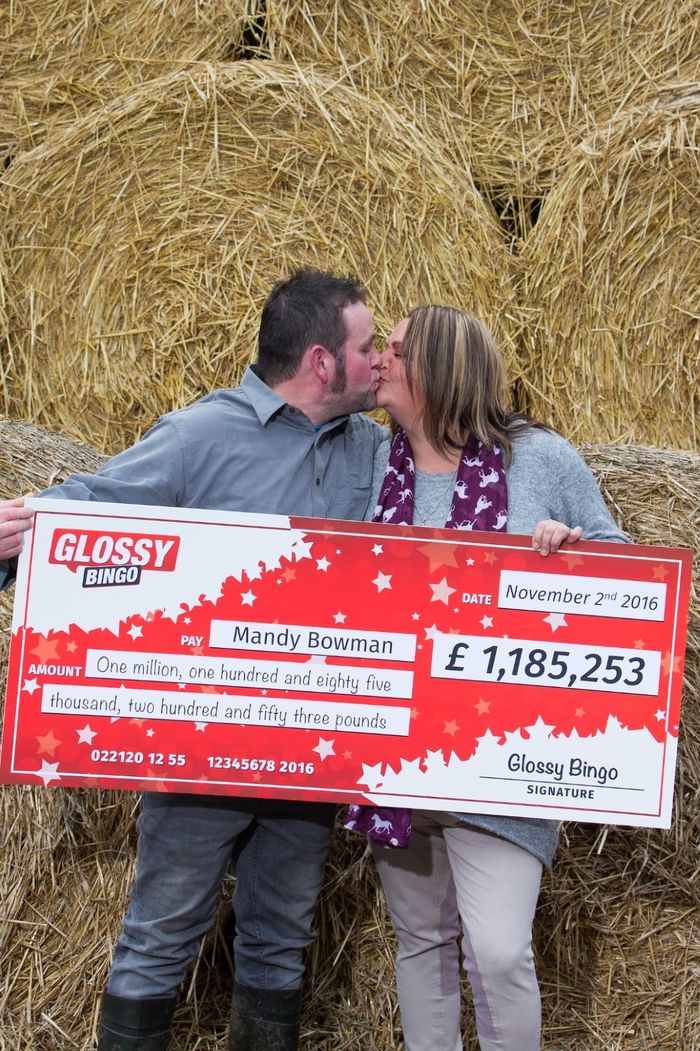 11 July, 2016, the player named B.L. was wasting his time watching television. To diversify his leisure time he decided to play a game on the phone winning € 254 548! He celebrated the win with his wife and two children. It was said that the jackpot will be spent on closing debts and mortgages.

16 January, 2016, the slot gave out € 570 085. The receiver of the progressive jackpot that wished remain anonymous said: “Even if it is not a million, I am content with the win. I am going to go on a holiday and pay out the remaining mortgage. I can’t wait to spend this money.”

3 September, 2015, a player from Canada with the nickname S.K. won CA $ 414 336. He shared his joy in the letter to the casino, where he said that anyone can win. He addressed everyone who is playing: “Anyone can win, why shouldn’t it be you?”

18 February, 2015, the machine said goodbye to € 277 842, which was the fourth jackpot of 8 weeks and the second one for the month. Because the player was from Australia, he received 356 553 Australian dollars.

The Player who wished to remain anonymous, on 30 December, 2014, won $ 255 196 only in 4 days after the last big win. This sum became the second one in a series of four jackpots won in extremely short period of time.

A player “AF” from Netherlands received this huge paycheck with bonuses playing on his iPhone. A lot of happy coincidences happened during that day: the lucky man was usually playing from his laptop, this was the first time he played on his phone; he played using his $50 bonus that he received on his birthday. 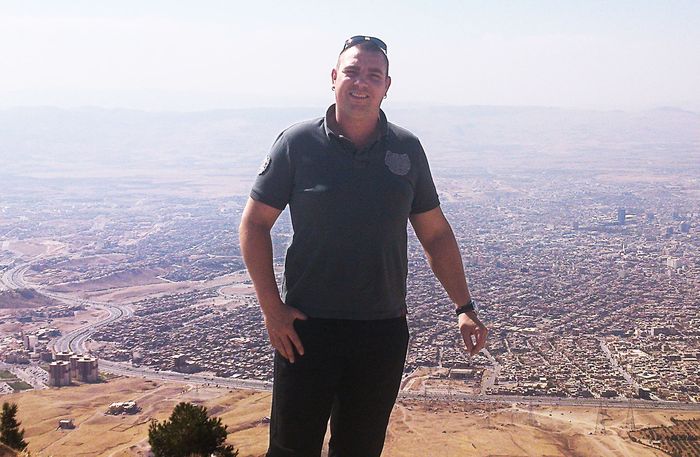 He said: “In 2 minutes playing the game the drums started shimmering, bells ringing… I could not believe it! I am going to buy a new house on the money that I won!”

A lady with a nickname N.T. won € 358 409 on her own birthday, 13 March, 2013. She received a bonus of € 50 from a casino. The lucky woman could not believe her eyes, but her husband the casino employees quickly convinced that she is seeing the numbers right. The money was transfered in several days; the woman immediately bought a new couch and a laptop.

5 May, 2012, marked the date for the second biggest jackpot to this day. This record sum has been at the top of the list for almost 5 years.

Yet another top sum of the Major Millions slot went to a lucky player who remained anonymous. 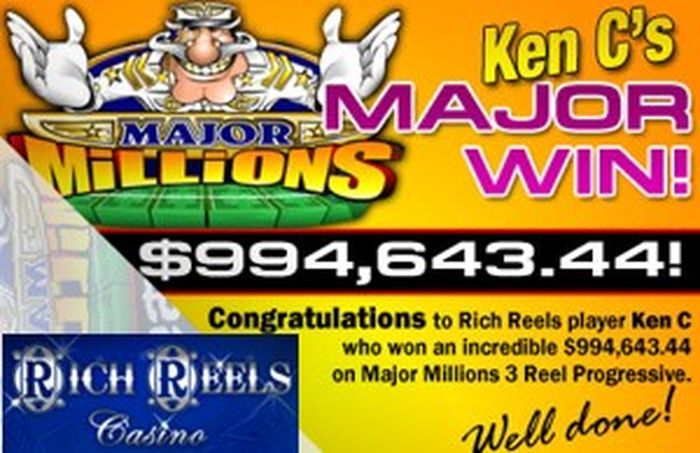 1 July, 2009, Michael P. won $ 562 945. A lucky 53-year-old is an experienced online player and has many accounts of various gambling websites. He was won over by the 100 free spins that that were offered to him. Having played them, Michael deposited $100 and later won the jackpot. He says that money always lead to money.

In the whole history of Major Millions’ jackpots this day on November, 2006 marked a double win for a single player. At first, he won $ 432 179 but did not stop there and went on to spin some more. Just after 3 hours, when the jackpot was raised by only $642, he took home yet another jackpot of $ 250 642. Such an incredible win has not been registered on any other slot in world.

When Donna B. realized that she had won, she started dancing, screaming and shedding tears of joy. The lucky lady closed her debts, went on a holiday to the Caribbeans, and after that, she had invested the rest of the sum.

Daniel C., a compulsive player, on 1 October, 2005, won a great jackpot of $ 724 367. First thing after the win, a 65-year-old man, called over his wife to share the victory. The jackpot came to his hands in just 20 minutes of playing. Daniel, planned to spend the money closing his debts, mortgage, car loan and credit cards.

The lucky man, Brian, thanked god right after the win. He said that the money will make his life easier and will solve his financial problems.

Before receiving the jackpot, Karen was playing for not more than 5 minutes. Karen decided to repay the debt on a credit card, take her mother to live with her and get fired form the job she has worked on for 30 years. The main plan for the money won – travels. First thing first, the winner decided to go to Australia, Cape Town, and Egypt with her husband.

The win came to Joaquim close to his 50th birthday and 25th marriage anniversary. Having won the jackpot, Joaquim said: “It did not change my life that much. Although, now I have more time and resources to travel the world. My wife and I always wanted to visit Madeira.”

33-year-old bachelor won a jackpot in 3-reel Major Millions slot waiting for a football match. He bet only $3! The football fan decided to go traveling Britain visiting the city of his favourite team – Manchester.

19 July, 2003 Jim decided to take a break from the mundane routine playing Major Millions. He made $100 deposit and started spinning the reels. ” It was an ordinary day I came home from work and decided to play a little. When I hit the jackpot, I just sat there starring at the screen for 15 minutes. It’s like my whole body went numb. After, I stood up and started celebrating.”

In its time it was the biggest jackpot in the world. Jim decided to take out the cash and went on a holiday on a holiday to Barbados with his wife.

Ronald had been playing Major Millions from the Thanksgiving Day that year. ” I left my job at oil fields where I have been working for 16 years, 7 days a week with 10 days off only.”

Its his biggest yet not the only win in an online casino. He had previously some ten thousands dollars in various slots. Furthermore, this jackpot came to him on his very own birthday.

This is the very first registered win of the Major Millions slot. At that moment, Tony was playing on this slot for 4 weeks, yet it took him less than an hour on that day to win 1.5 million.

Even though Tony became a millionaire, he continued to work as a sales and marketing specialist in a petrol company.

The winner said that he did not become starstruck, although he did buy presents for his wife and children. He also gave advice to all gamblers, encouraging them to play because its feels great and you may win a lot of money.