The Golden Ball is awarded to the top player at the World Cup. Here are five players whose odds you should take a look at. 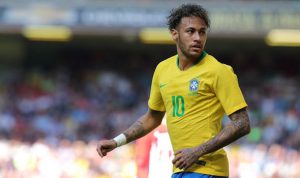 Neymar was injured for Brazil’s 7-1 loss to Germany at home in the semifinals in 2014. You could argue that the game would have been different had he played. Neymar starred for Paris Saint-Germain after moving from Barcelona, and even though he suffered a broken foot in February, he should be good to go for Russia. While his teammates are better than they were in 2014, Brazil still revolves around Neymar.

The defending Golden Ball winner, Messi was excellent in carrying Argentina to the finals in 2014. They lost to Germany, but it was still a great performance from Messi, who is still arguably the best player in the world. It also helps that Barcelona was eliminated in the quarterfinals of the Champions League and ran away with the La Liga title. That allowed Messi to get some rest down the stretch, and that is only going to bode well for Argentina. If they are going to win a third World Cup, Messi will be the talisman.

De Bruyne was the best player in the English Premier League as he led Manchester City to the title. He led the league in assists from a deeper role in midfield, which is where he will play for Belgium. With Eden Hazard and Romelu Lukaku roaming, De Bruyne will have plenty of targets for his wonderful passes. He is also better defensively that you would think, but Belgium do not need him for that.

Pogba had an up-and-down season at Manchester United, where he was asked to do more defensively. He seemed to think too much and not play with the freedom that he usually does. He will have that freedom with France, where N’Golo Kante and Blaise Matuidi can do the dirty work. If he is allowed to roam forward, Pogba can dominate a game. He has the tools to be one of the best players in the world. Pogba has to prove it on the big stage and this is his chance to do so.

Kroos seems like he has been around forever, but he is only 28 and has 82 appearances for the defending champions. Kroos was actually the highest-rated player at the World Cup in 2014 in terms of statistics, but he is not the type of player to set the scoresheet on fire. He has outstanding passing vision, often making the pass that sets up the killer pass. He can defend if he has to, although like De Bruyne, Germany do not need him to do that. Germany has a lot of depth and players that can affect the game. However, if Kroos is on his game, Germany is almost impossible to beat. He had another great season at Real Madrid and Kroos will look to keep it going in Russia.