The international break is over, which means the English Premier League is back in action. It all kicks off Saturday with a huge match as Manchester City hosts Liverpool. 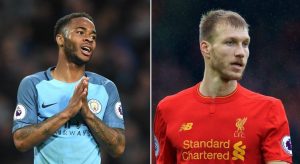 What To Know About Liverpool

Liverpool bought Alex Oxlade-Chamberlain from Arsenal before the transfer deadline, and with Adam Lallana out with a thigh problem, he should get a chance to walk straight into Jurgen Klopp’s midfield. Liverpool sit second in the table on seven points, which is the same as Manchester City, but they have a better goal difference of two goals, and the duo of Sadio Mane and Mohamed Salah have combined for five of Liverpool’s eight goals. However, it’ll be interesting to see what happens with Philippe Coutinho, who saw a move to Barcelona scuttled numerous times by the higher-ups at Liverpool. The situation didn’t go well, to say the least, and now you have to wonder how committed Coutinho is to Liverpool’s cause, which is tough because he is probably their best player.

What To Know About Manchester City

City had their advances for Arsenal’s Alexis Sanchez rejected and will likely go for him in January, but that doesn’t help the fourth-place team right now. It is strange to think that, in a team with Sergio Aguero, Gabriel Jesus and Raheem Sterling in it, with David Silva and Kevin De Bruyne in midfield, City would have trouble scoring goals. However, they have scored just four in the league and Sterling has two of them, and he is suspended for this game against his former club due to an overzealous celebration in City’s 2-1 late win at Bournemouth. Aguero didn’t start in that game and wasn’t happy about it, so it will be intriguing to see if he gets the nod this weekend from manager Pep Guardiola.

City comes into this showdown as a -125 favorite at home over Liverpool, who are rated at +300 and a draw comes in at +280. Liverpool has won five and drawn four of their last 11 meetings with City, who haven’t beaten Liverpool at home since August 2014. This is a very important game for two teams that fancy themselves to be title contenders; City are actually the favorites for the title according to the sportsbooks, while Liverpool is on the fringes, but they are still in the picture. A loss would be a huge blow to either team.

It just remains to be seen how good Liverpool’s midfield can be, because City seems to have the edge there with De Bruyne, Silva, the younger Bernardo Silva, and while he has yet to play this season, Guardiola can bring Yaya Toure on. Mane has played well for Liverpool, but then there is Jordan Henderson and Emre Can, and now Oxlade-Chamberlain has to fit in somewhere. Not to mention, Liverpool has been shaky at the back this season; so have City, but not nearly as much as Liverpool. If nothing else, this should be a fun, back-and-forth game and it would be a massive surprise if it were a 0-0 draw by the end of it.

Get the latest betting lines on all of the EPL games for this weekend at Play Shangrila!