Arabian Nights slot from NetEnt is a popular slot about Middle Eastern fairy tales with 5 reels and 3 lines. From time to time, the game gives out millions in prizes because it is connected to the progressive system of NetEnt jackpots. 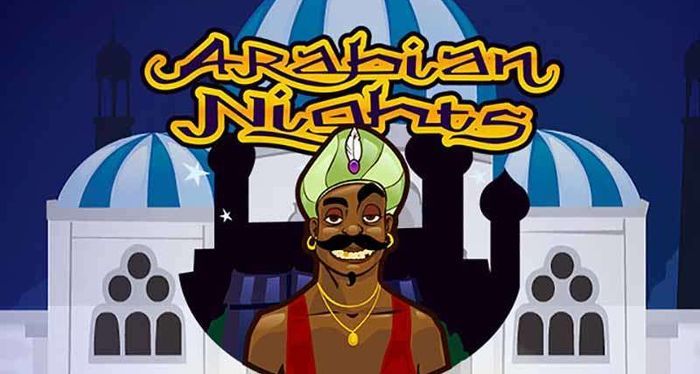 Do not be afraid that the slot looks quite simple, after all, it was launched in 2005. However, since then, it has made a couple of dozen millionaires!

After the win, the jackpot size goes down to 125 000, which is an excellent reason to play even after a huge payout. To test the functionality, you may try out the game in the “Play for Fun” mode. You may test the Arabian Nights slot and bet real money at the online casino website ShangriLaLive.

The name speaks for itself, Arabian Nights slot tells the stories and secrets of Middle East, in the style of 1000 and 1 Nights. The main hero – Arabian Thief is the most expensive symbol in the game.

The slot uses a very simple design of Disney cartoons. It reminds of the Aladdin movie. The slot has not got any background soundtrack, although it does have various sounds playing after certain combinations. The players say that this was a good decision, as the game does not irritate having played it for hours. 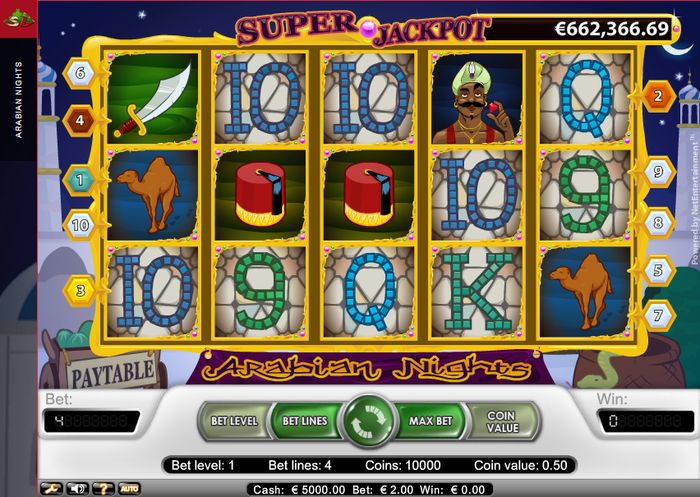 It is more common to acquire small and medium wins, yet, if you do get a big one, it will count! Thus, the maximum jackpot goes up to €  8 million.

A huge advantage of the slot is the bet size. To compete in winning the main prize, it is enough to bet only € 5. Although, if you want to enjoy the game without risking to win the main jackpot, the minimum bets of € 0.5 are accepted. You may also change the number of pay lines (1 to 10).

Arabian one-armed bandit that holds a precious gem is the main character of the slot. He also represents a wild symbol in the game. 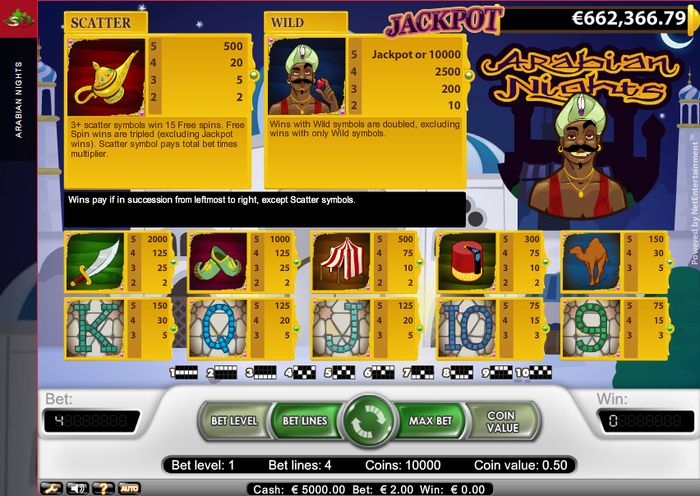 The genie lamp is the scatter symbol. If you have 3 of them at the play field, the bonus free spins will activate.

Symbols with a camel, yatagan, fez, shoes, and a tent give out less than the Thief and the lamp. Symbols with various face cards’ signs are worth much less than everything else.

When a certain combo sets up on the pay lines, the slot crosses it with a colourful line indicating the winning sum. 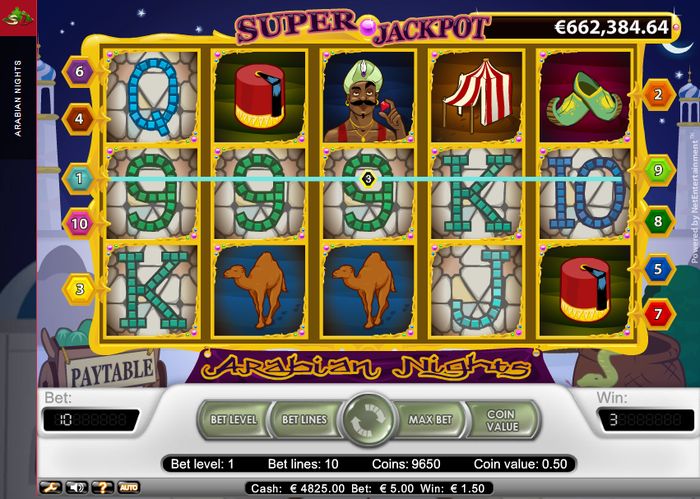 If in the pay line there appears a Thief, he doubles the score. However, this does not concern combinations with the Thief symbol only.

When 3 symbols of genie lamp appear on the field (in any places), 15 free spins will be activated. 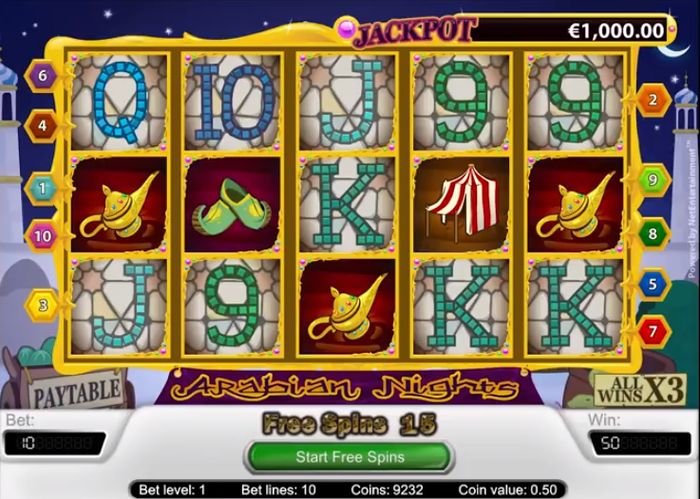 How to Win the Jackpot in Arabian Nights?

Are you planning on winning the main jackpot? Then you have to activate all 10 lines, and bet not less than € 5.

If you happen to see 5 Thief symbols on a single pay line, you will get the main prize! The Supper Jackpot sign will light up indicating the exact amount of your jackpot. 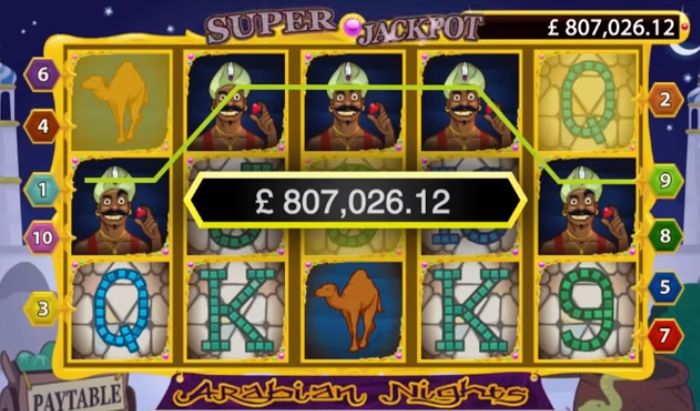 If the game is played with bets less than € 5, and the player gets 5 Thief symbols, the prize, instead of the main jackpot, will only consist of 10 000 coins.

Conclusions: Should You Play Arabian Nights?

Progressive jackpot that can go up to several millions of euros is the main reason we recommend playing this slot. Furthermore, it is also attractive because of its simple yet refined gameplay, soundtrack, and ability to make small bets.

Due to the fact that Arabian Nights has not been going down in popularity since 2005, proves its place in the list of most popular slots. To receive more bonuses, register at the online casino ShangriLaLive and make the first deposit. Having done that you will be able to spend the bonus in this and any other game!